Yesterday R. Michael made a post, Blogging Lessons and Woes, about how it’s important as an author to write outside of your comfort zone. In his case, he was very referring to blogging. After a year of having his blog, he was shocked at how much he appreciated it. I’ve run this blog for almost six years now, and I can easily admit that it gets difficult figuring out what to blog about. (Doing the Blogging University challenge this month has helped, but more on that in another post.) I’ve come to accept that blogging is always going to be a challenge, but I’ve also learned there are far much more uncomfortable subjects to write about.

I’m a nature lover. As a kid I dreamed of growing up to be a veterinarian. I follow The Cornell Lab’s awesome newsletter, getting info on fun topics like how to build proper bird houses and where to place them in your yard. So you can imagine my surprise when I saw, nested in the comments, someone detail how they get rid of House Sparrows which are apparently considered pests in certain areas. Not only did they detail the method, but they also gave an estimate of how many birds they had disposed of over the past two years. 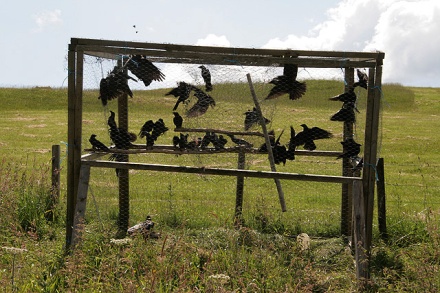 I was horrified but, being a writer, I wanted to know more. I live in the U.S. South, so I understand how overpopulation can become an issue. That’s why we have deer hunting season after all, and even though deer are my favorite animals, I understand how they can take over a place if left unchecked. I soon stumbled upon control methods for crows, using a disturbing but ingenious cage. I found out that they’re difficult to deal with because they’re just so darn intelligent.

I don’t have time to scroll through all 2768 comments at the moment but I have lived, treeplanting, in the woods with ravens on Queen Charlotte Islands, Canada and this simple test is nothing compared to the ravens stealing my lunch. Pardon me, my third lunch in three days.   Opening my click locks, then opening the zipper then pulling out the tupperware and getting the duct tape off of it to open it and then eating my sandwich. THEN flying by me on the side of a mountain to caw at me!!! Did I mention the cedar sticks and large boulders I put on the knapsack within which this prize was hidden? This was the third lunch they stole from me and after that I LEARNED to just leave them a freebie on the ground and they’d leave me my lunch.  I still shake my fist every time I see a crow. They are brilliant.

It’s amazing to me that we spend so much energy trying to capture and dispose of nuisance animals when sometimes we might be better off learning to live with them.

So yes, the story was very difficult to write and I’m pretty sure I was frowning the entire time I wrote it. However I think my disgust only made the story better. It took longer to write since I was putting so much energy into it. I challenged myself in a way I hadn’t done before, and I think the writing benefits from it. Of course, you’ll have to read it for yourself and let me know!

“Tiny Necks” is set to be released in Not Your Average Monster Volume 2  by Bloodshot Books on February 29th, but should be up for pre-order earlier than that.

4 thoughts on “Outside of Your Comfort Zone” 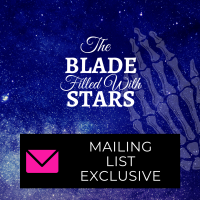