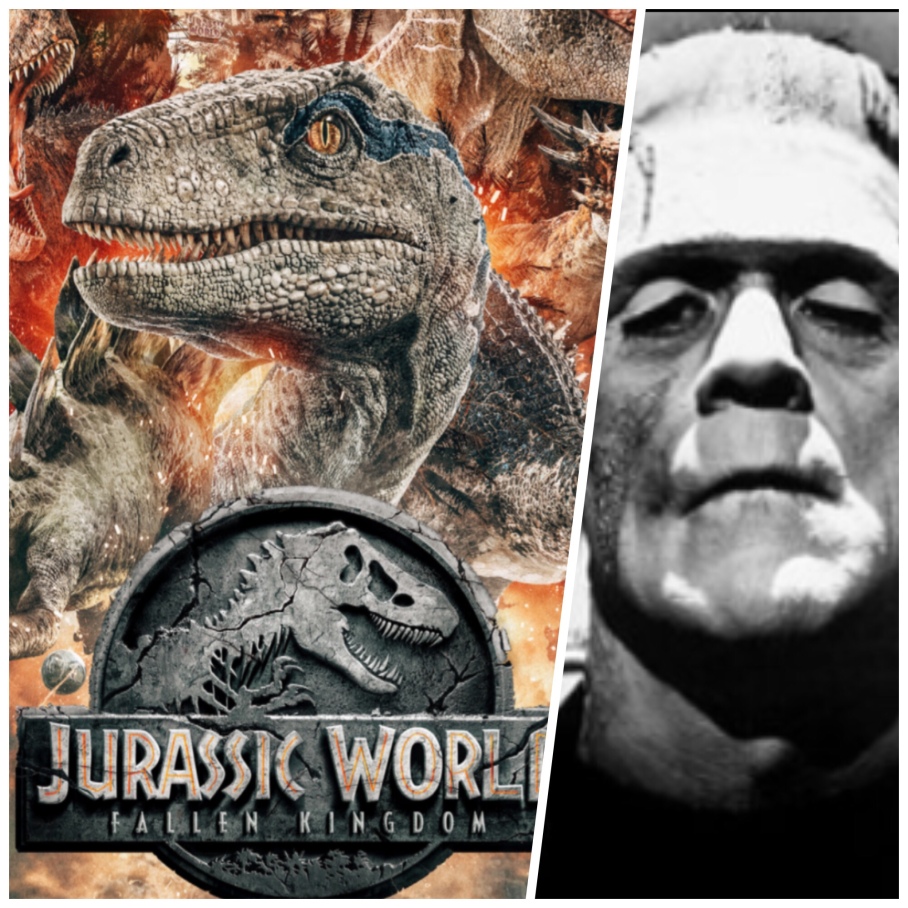 Wow, I guess those are two topics people don’t really think are similar. It’s no secret that the latest Jurassic World film has gotten a lot of flak from reviewers. Rotten Tomatoes lists it as rotten with just over a 50% rating. But the film just hit the billion dollar mark in theaters – apparently the first non-Disney film to do that this year. So what’s so great about the film that draws people back again and again?

As someone who fell in love with the first Jurassic Park film back in the 90s and first learned about DNA sequencing when I read the book in 5th grade, I absolutely loved the latest film. In my opinion it was the best dinosaur film I’ve seen since the first, and that’s saying a lot. Here’s why.

Just a heads up that there will be SPOILERS below, so please be aware you’ve been warned!

Jurassic Park is about more than just dinosaurs. I know that’s hard to believe considering how epic Blue and the T-Rex are, but hear me out. The whole idea about Michael Crichton’s first book was going about the creation of life without considering the responsibilities involved with it. He wanted to do something bigger than the flea circus he describes, he wanted it to be something real that people could touch. The problem is that Hammond cuts a lot of corners to get there. He sees himself as a shrewd businessman and he’s loving being able to imprint on the dinosaurs being born, but he doesn’t understand that these are new living beings that are introduced to our world.

Hammond wants to create life, but then when it doesn’t work out, he never realizes that destroying them isn’t the answer. You can’t create a living, breathing being and then decide it’s too difficult to deal with and then just get rid of it. We call that parental neglect and child abuse when applied to children.

Victor Frankenstein faces a similar problem. He rushes to create life but then when it isn’t what he imagined, he flees from it and tries to move on with his life. Only it doesn’t work like that. He struggled to understand the responsibility on his shoulders until the end of the book. The two out in the Arctic, the monster forever chasing Victor in the frozen desert wasteland is a metaphor for Victor trying to outrun his mistakes. Hammond also is unable to escape his dangerous children.

So what does all this have to do with Fallen Kingdom? The weight of responsibility is no longer just on Hammond’s shoulders, or on the park owners. It falls on the government. Hearings are held to see if action will be taken to determine if the dinosaurs should be saved or not. Malcolm is a key component here, having always stated that the creatures shouldn’t be allowed to live, they finally listen to him. Only is he right?

There’s a truly powerful scene in the movie where the boat of dinos takes off and the volcano is spewing lava all over the island. You see a brachiosaurus walking down the dock, giving a long, lonely plea. Is it searching for it’s mate? It’s child? It’s parent? You don’t know. As flames and smoke engulf it, he lifts up onto his back legs – a heart-breaking homage to the wonder of the first film – and disappears into the smoke. That ripped me apart in the theater and has easily been one of the most memorable moments of the film. It’s the child of human arrogance wondering why he wasn’t allowed into the boat, wondering why he was considered not worth rescuing, and begging to be saved. That was Frankenstein’s monster in the movies being torched by angry villagers for his mere existence. We saw in that brachiosaurus any living being that is forgotten or neglected by its parent.

Fallen Kingdom gets the message of the original book. It understands the weight and responsibility of Hammond’s dream. It’s perhaps the first Jurassic Park film that does, and when I hear people criticize it in such simple terms, I wonder if they’re seeing the big picture. I wonder if they’re picking up on the nuances that have been sprinkled throughout the film, or if maybe we’re just not watching the same movie.

Now that’s only a touch of what makes Fallen Kingdom so powerful and memorable. Perhaps I’ll talk another time about the Indoraptor and why he was such an incredible homage to slasher horror movies. Or about Blue and how she represents feminist ideologies. It all depends on how interested you all are!

Let me know what you would like me to tackle next in the comments below.