It has been a ridiculously crazy few weeks! Sometimes it feels like I’m barely able to keep afloat of everything that’s going on, and when that happens I find myself at a loss for words when I finally come back to blog. Now I have to figure out how the heck to even start.

Why not begin with the good news? Take a look at this fabulous cover that’s coming up for Creepy Campfire Quarterly #1, which will feature my gruesome horror story, “A Slippery Customer”, set to be released January 20, 2016.

Isn’t it awesome? I’m really looking forward to reading all the other spine-tingling short stories too! Be sure to drop by the Facebook page and drop a Like, so you can stay abreast of this series. They’ve got additional horror books set to come out soon, including a Science Fiction horror themed one.

In other news, my cat Salem who I’ve had for 6+ years has been diagnosed with severe asthma. This was after he had to spend a weekend in an oxygen tank at the vet’s office, poor kitty. 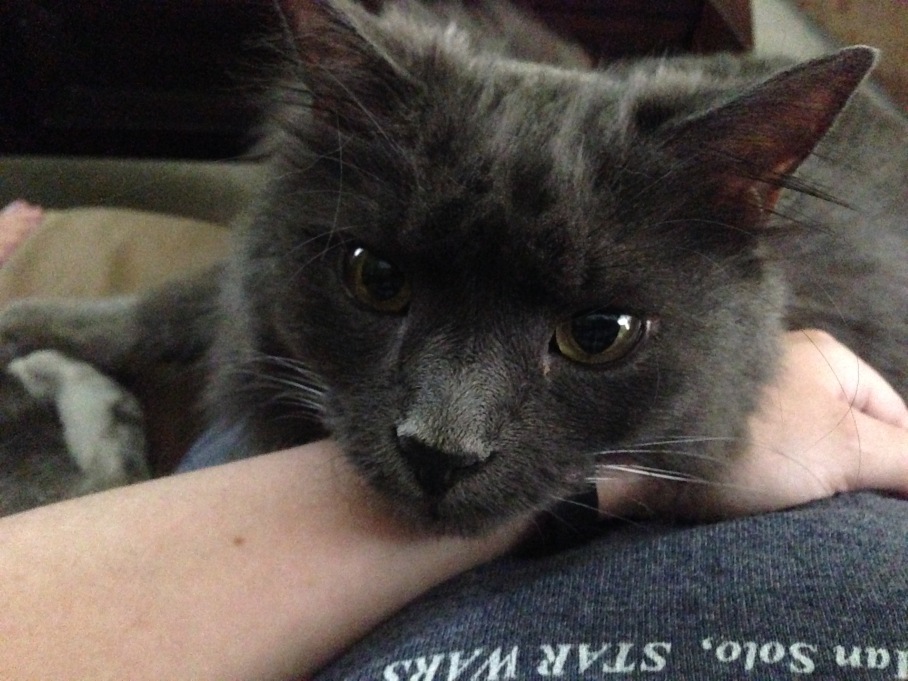 We’ve got him on pills daily, which he absolutely loves to take trust me, and he’s doing better. He’s still coughing regularly and gets out of breath too, but at least he’s not having to live in an oxygen tank anymore. We also learned that he’s probably much older than we thought. When we adopted him they told us he was around 2 years old, which would make him around 8 now. Instead the vet estimates he’s at least 11. It’s just one of those things you can’t predict when you adopt fur babies. He’s been getting lots of love though, and other than his daily pill, we let him do pretty much whatever he wants.

Check out some of the latest reviews for Rapunzel’s Daughters, published by Pink Narcissus Press!

Fiction Review: Rapunzel’s Daughters:
PNP: “Apparently the odds of having PW (one of the largest and most respected book publications) review a book by a small press is about 1 in 40. Looks like our book just beat the odds.”

Independent Publisher Online Magazine: Promoting Books, Authors and the Independent Movement:
Special listing as an Editor’s Pick and was chosen as a “Highlighted Title”.

Check out the artwork for my story, “The Sky Is Falling”, and see what 80s film I think it looks like.

Apparently this news got posted over at Pink Narcissus Press’ Facebook site while I was swamped with work earlier this week. Somehow I overlooked it.

Fiction Review: Rapunzel’s Daughters: And here’s what PNP had to say: “Apparently the odds of having PW (one of the largest and most respected book publications) review a book by a small press is about 1 in 40. Looks like our book just beat the odds.”

I am thrilled that a book I was fortunate enough to get published in got such a good review from a place like Publisher’s Weekly. I have to say congrats to all the authors and artists that got a special mention!

Independent Publisher Online Magazine: Promoting Books, Authors and the Independent Movement: No review here, but it did get a special listing as an Editor’s Pick and was chosen as a “Highlighted Title”. I know I’m in the same boat with all the other contributors: excitement! 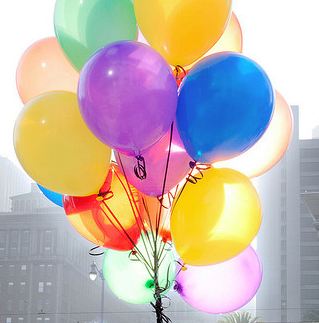 Clipped from “Balloons at the SF Ferry Building” by kowitz

Thrilled to see that Clawbinder has had over 100 hits on Short-Story.Me! And yes, I have been keeping track! You can too over at the Fantasy Stories section.

Excited to see my new short story “Clawbinder” was just published today over at Short-Story.Me!. Take a look when you get the chance, and if you like it please share it around!

“Clawbinder” – Which is the savior?