Calm after the Storm 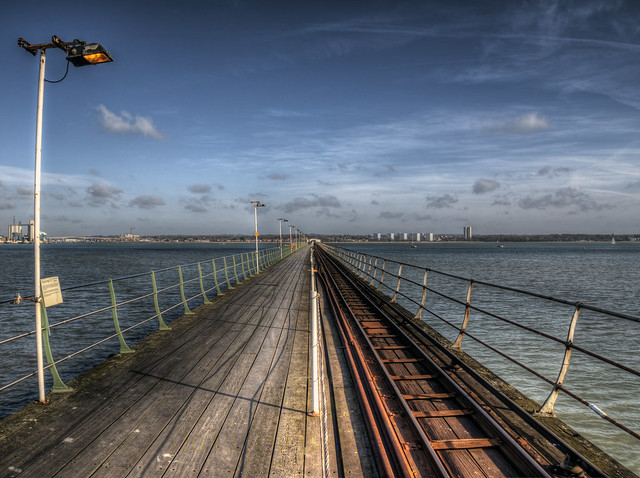 A few days ago this pier was nonexistent. It was covered by the Atlantic and the monstrous hurricane that rolled in without warning. I remember looking out the windows of our house through the thrashing wind and angry rain that pelted the glass. The pier was completely gone, hidden away from the world in a matter of hours. I knew at that moment that this was going to be a horrific storm. I just didn’t know how bad.

Terry and I went downstairs to our basement, and as soon as we shut the door behind us we could hear the creaking and groaning of wood above us. It was only later that we found out that was our roof leaving us. It was peeled off the top like the skin of a potato. Then the full fury of the storm came upon us and we clutched each other in the dark, the only light we had was a meager candle I grabbed at the last minute. The candle was only a few inches tall, and looked about as small and terrified as we were. The flame danced and flickered even without a breeze, reflecting our own uncertainty.

It’s amazing how surviving an event like that will change your perspective. It belittles you, humbles you, reminds you that you’re not as important in the grand scheme of things as you’d like to believe. You’re as easy to snuff out as that tiny flame, and it could come any second. All it takes is a change of wind, a gust in the right place, a single dangerous smile from Mother Nature. We were lucky she only took our roof.

The entire town had similar stories, each home with a slightly different wound to show for it. I walked down to the pier, the image of it submerged still blazoned in my mind. The seas today were calm, even peaceful, as the clouds rolled off into the horizon. The wind was cool and salty, and being the sentimentalist that I am, I decided to take a picture of it.

As beautiful as this shot is, when I see it, I don’t see the calm, serene sky and deep blue waters. I see the raging storm tearing at our town with all the rage and fury the fickle Mother Nature could pour into it. Despite what we build, despite what we make, I always remember that it could vanish in merely a few hours. Nothing lasts forever.

These stories are not to be reproduced in any form without my express permission.