I’ve only been using my bullet journal since February, but now it’s become a staple in my writing career. It’s helped me remember important things to do, kept me on track with my goals, given me a creative outlet, and even made me healthier. Let me explain.

I scoffed at the idea of keeping a bullet journal at first. I thought I didn’t have the time to keep one and I certainly wasn’t as talented as some of the Youtubers I watched. Slowly though I got on the band wagon and began my own. It was an ugly start. I didn’t know how to organize it and I was using markers that were too fat for the pages, but that was okay. Soon I looked forward to my bullet journal time.

Then a few months later I was diving back into my unfinished YA Horror novel, The Seeking. By that point, I was starting to catch on to how useful this little journal was and figured it could help me in my writing. As you can see, my little word count tracker motivated me so much that I had to put in half steps just to have an excuse to fill it in. 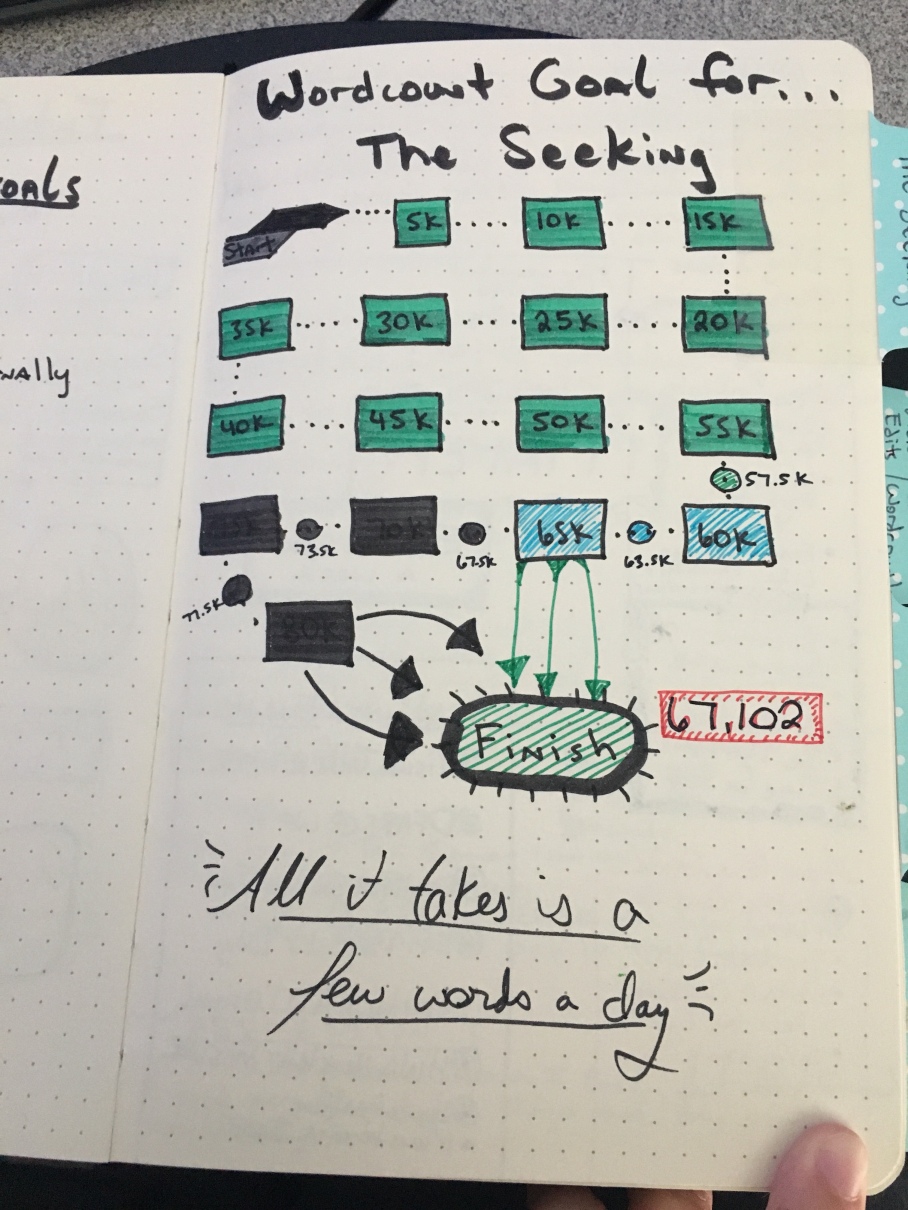 Later on, I was dealing with the release of The She-Wolf of Kanta and had to figure out what to do with the Facebook event I would be leading. You know what was by my side the entire time? My bullet journal of course, with a list of times and events to keep me on schedule. 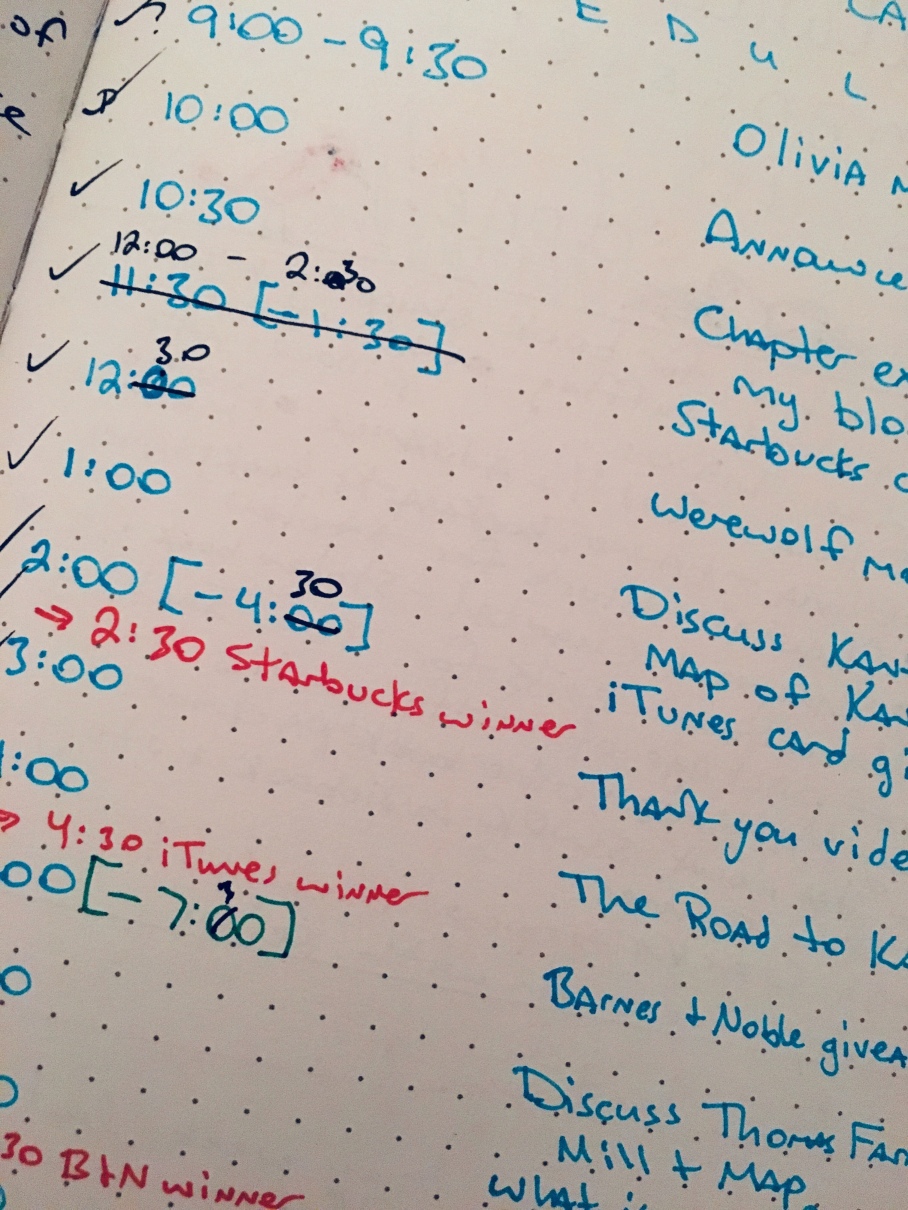 Now months later, I’m doing the first pass of edits for Stolen. You know by this point that I had to put a tracker in.

My poor bullet journal has been through a lot this year. It’s already almost full and it’s only July. I’m going to have to pick up another one soon to replace it. Do you know what I’m looking forward to though? On New Year’s Day of 2019 I’ll have so many trackers that I’ve completed in my journal. It’ll be concrete proof of all the work I’ve done this year. I’ll be able to flip through years from now and reflect on my first year as an author working on books instead of short stories, finally seeing major traction doing what I’ve loved for so many years. ❤️

Then I’ll setup my new bullet journal and start all over again!

If you’re an author or working to become an author, I would highly recommend starting a bullet journal. It was amazing how much more relaxed I felt getting all the things I was trying to remember out of my head and onto the page.

If you keep a bullet journal, what do you love about it the most?

If not, what holds you back from doing it? 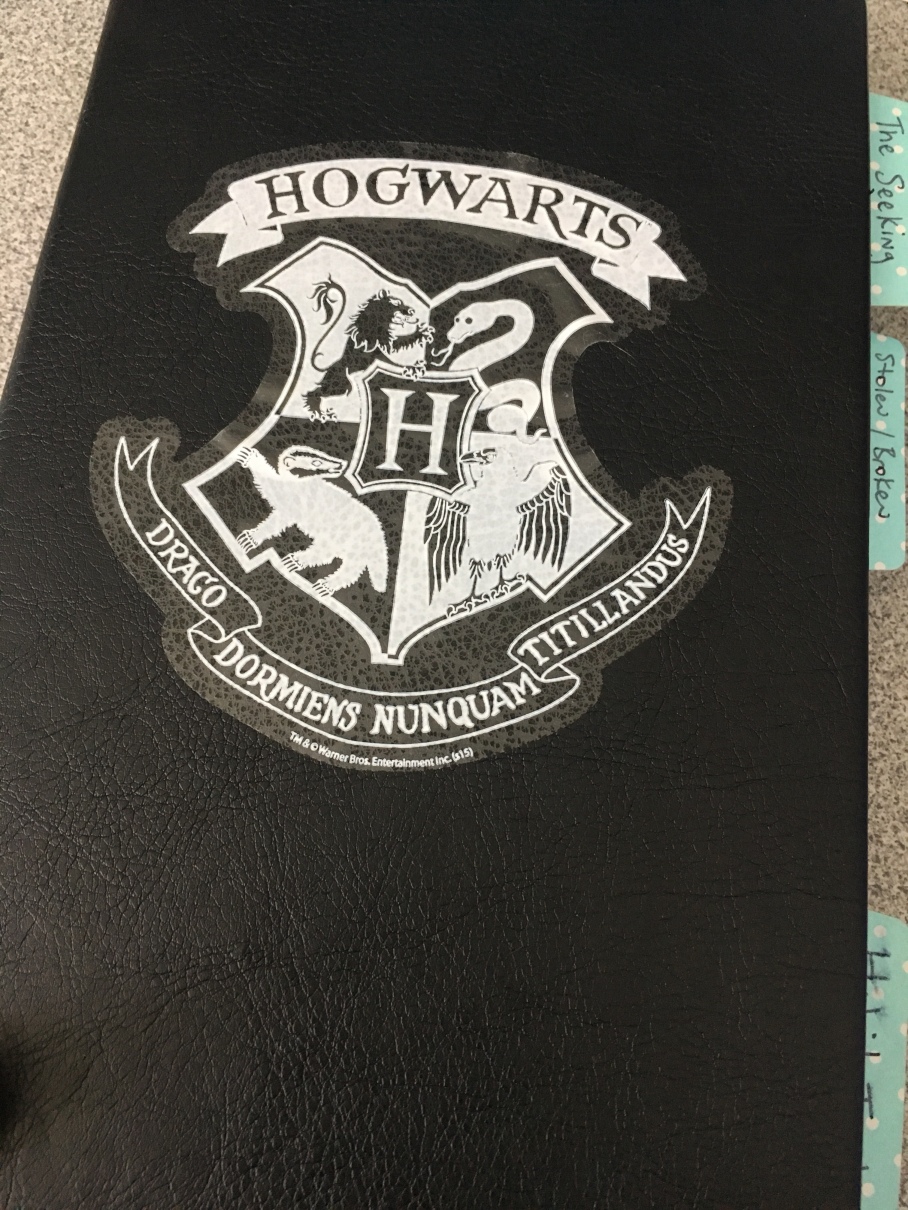